The SCIENTIFIC RESEARCH JOURNAL of the Center for Research and Intellectual Development CIDI, is led by an Editor in Chief and a team of Associate Editors. Its objective is to disseminate the significant results achieved in the research work carried out by teachers and researchers. 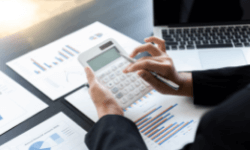 Industrial development with the Linear Economy induces short-term consumption, the exploitation of natural resources, energy, minerals, etc. The growing demand makes this model difficult and brings consequences such as increased production costs, environmental risks and others due to the unlimited accumulation of industrial waste, so the model is unsustainable,a new approach is required according to the new conditions and social needs. 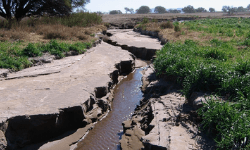 Factors that Influence the Water Erosion of the Vilcashuamán Archaeological Complex, Peru 2021

The objective of the investigation is to identify the Factors that influence the erosion of the Vilcashuamán Archaeological complex due to the following factors: rain, heat, some incorrect maneuvers, not respecting the capacity and poor care of the complexas this causes the wear of the stones generating fungi on the upper floor, likewise, a solution for the drainage of water will be proposed, which are causes of erosion, as well as ordering the visits made for a good satisfaction of tourists and the population itself, having an economic income for their family and get more involved in the tourism sector, care and good marketing will help a smooth visit and is what you want to achieve. The research had a qualitative, descriptive approach. The results indicated that there are 4 age groups that visit the Vilcashuamán Archaeological Complex, with 36.7% being the most frequent visitors. Finally, it is concluded that the possible factors of erosion in the studied site could be the climatological weather, maximum capacity of visitors and the time they reside. 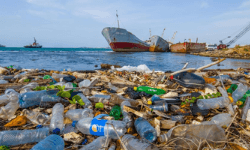 Pollution by urban solid waste is a problem that affects all cities, especially in rural areas of the Ayacucho region.Therefore, the objective was to determine the level of contamination by urban solid waste in the community of Occochaca. The research was developed with a quantitative approach, descriptive, non-experimental design, causal correlation level and cross-sectional. The sample consisted of 30 residents between the ages of 18 and 65 from the Occochaca community, using an intentional non-probabilistic sampling. A questionnaire was used as a data collection technique. The results indicated that there is a poor management of urban solid waste in the tourist activity in Occochaca that directly affected the avocado planting, in addition, 34% of residents had hepatitis B and 30% suffered from anemia. It is concluded that solid urban waste such as cans, batteries and electronic equipment are the main pollutants in the area. 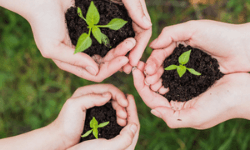 Phytoremediation of Soils Contaminated by HeavyMetals 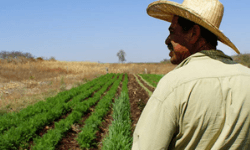 The current challenge for world agriculture is to provide food for a growing population, in a context of environmental degradation and economic inequality. The challenge is how to produce accessible, healthy, diverse, nutritious, safe and abundant food in a way that is sustainable, allowing farmers to exercise food sovereignty while addressing the conservation of ecosystems. This study was developed with the objective of exploring the potential contribution of our traditional agriculture to food sovereignty, to understand the challenges faced by our producers today. Semi-structured guided tours and field observations were carried out. The results show that traditional agricultural knowledge, with its techniques and practices, contribute to the protection and recovery of cultural and ecological heritage, concluding that it is necessary to solve public management problems, related to investment in development, technological packages, cultural loss and gender, thus contributing to the strengthening of food sovereignty and maintenance of local markets, which are also ideal places for the exchange of ideas. 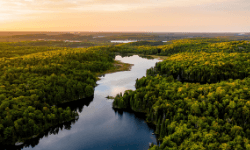 Support and Environmental Responsibility in the Community of Quinrapa in the District of Huanta, Peru

The National Water Authority (ANA) is the entity in charge of managing the water resource in a sustainable and multisectoral manner. Therefore, it seeks to determine the degree of support and environmental responsibility of the National Water Authority (ANA) in the District of Huanta, community of Quinrapa.The research had a qualitative descriptive approach and a non-experimental design at a cross-sectional causal correlational level. The sample consisted of 18 members of the Quinrapa irrigating committee, the sampling being non-probabilistic intentional, having excluded members of neighboring communities; The technique used was the survey and the instruments used were questionnaires. The results showed that 94.4% have received support from the authorities, but only 50% know about the management of the ANA In conclusion, it was shown that the District of Huanta, Quinrapa community has support from the authorities, however there is a lack of knowledge partial on the responsibility and management of the National Water Authority in the area. 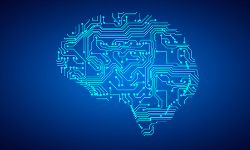 Currently, artificial intelligence is a scientific discipline that has been applied since the beginning of this century, especially in the management of water resources to mitigate the accentuated climate change through the interpretation of satellite images, monitor and predict the variation of vegetation cover, appearance or disappearance of aquifers and lakes, variation in runoff volumes generated in rivers, among others. In this way, this research seeks to show the efficiency of Machine Learning in the management of water resources. It was carried out through the systematic review of scientific databases such as SciELO, ScienceDirect, Redalyc, Scopus, Web of Science on artificial intelligence content applied to water resources. As a result, it was obtained that Machine Learning optimizes early warning, mapping and remote sensing systems. Concluding, that it is a very efficient data analysis method for the interpretation and modeling of hydrometeorological information, especially when applied in hydrographic basins. 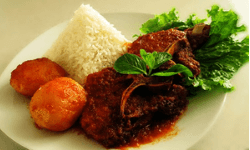 Revaluation of Chicharron Colorado as a Typical Dish of the Huancayo Province, Junín, Perú

Ancestral knowledge is part of the heritage of a community and it is important to highlight the cultural value of gastronomy by recognizing its history, preparation, technique, utensils, artisanal method, among other traditional aspects that are part of the local heritage.With the aim of revaluing the traditional dish of Chicharrón Colorado as part of the gastronomy of the Province of Huancayo. The study,of a descriptive nature and a mixed approach, through the application of interviews, surveys and bibliographic review. As a result, the level of consumption and inclusion in cultural events such as traditional festivals and fairs of the Huancayo distric was determined, the characterization of its nutrients, processing, from the raising of pig and pork meatdue to its organoleptic distinction, being the creole pork the most preferred. In this way, the production of the most preferred. In this way, the production of the typical dish of red pork rinds stands out, as well as its potentiality of raising the Creole pig, being families in poverty the main beneficiaries since they raise them out of necessity and then the merchants who process it for sale. At the same time, it is reflected that the gastronomic cultural richness is not only associated with the taste or smell of the dishes, buy with the experience of taste, the interaction, cultural exchange and dialogue of the food table assistants and conservation of their empirical knowledge, such as customs, ancestral traditions and their intangible heritage. 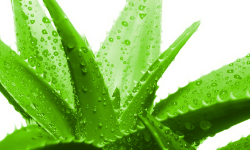 The world population suffers from alterations to the heart and respiratory system, generated by electromagnetic waves from computers, cell phones and microwaves, causing a series of myocardial infarctions that lead to a decrease in muscle mass, in such a way that the wave depolarizes slowly through the ventricles of the heart. The aim was to demonstrate the influence of Aloe Vera(sábila) in the decontamination of electromagnetic effects in living beings, for which a systematic study of scientific articles published in scientific journals such as Guillermo de Ockham, Contemporary Dilemmas, was developed, Airalia, among others, located in databases such as Scopus, SciELO, Web of Science, Latindex and ScienceDirect. Among the results, the confirmation of the close relationship between electromagnetic radiation and cancer stands out, the solution being glimpsed through an ultraviolet (UV) absorption analysis. and cytotoxicity tests of Aloe vera, in the face of cellular oxidative damage and genotoxicity produced by inorganic nanometric particles on dermal cells. It was concluded that radiation between 30 kHz and 300 MHz and microwaves between 300 MHz and 300 GHz, molecularly alter the nervous system; and to decontaminate the effects of electromagnetic waves, Aloe verashowedphysiological and biological activities as an antiviral and protective agent against UV radiation. 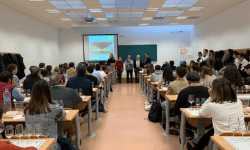 The political crisis in Peru, a reality of 2021

In April, Peru made international headlines when it announced an ambitious economic stimulus package equivalent to around 12% of its Gross Domestic Product (GDP), something that specialists applauded as a counter-cyclical measure to the economic paralysis brought on by the coronavirus pandemic. Eight months later, the results have been disappointing. The economy fell by 30% in the second quarter of the year, its worst record in history, and fell again in the third quarter. The International Monetary Fund (IMF) expects the economy to contract by almost 14% this year. During these months of pandemic, and while mortality rates were among the highest in the world, Congress voted twice to impeach then President Martin Vizcarra until it succeeded in removing him from office. In two weeks of November, Peru had three presidents and the streets of the capital erupted in protests that were harshly repressed by police.

Imagine walking down the street and being able to take videos or photos hands-free. No need to use your phone. Facebook has teamed up with Ray-Ban to launch smart glasses that make it possible. The Ray-Ban Stories allow the wearer to take photos, record videos, answer calls and even play music or podcasts. These glasses, in addition to demonstrating Facebook's strong commitment to creating new experiences, put the focus, according to the company, on a fundamental issue for its acceptance: privacy.

Documentary on mega-dams on the Marañon River

Voices of struggle echo from deep in the great canyon of the Marañón. Two mega-dams would flood villages, unique forests and as yet unstudied cave paintings. For years, communities and activist groups have been organizing to ensure that the waters of the Marañon River continue to flow free. What would be the consequences of interrupting millions of years of connection between the Andes and the Amazon?

Santamaría, Gareca and the limit of playing "Peru style"

The charge against Anderson Santamaria can be explained by three consecutive errors in the last three games. His reckless back style collides with the fans' preaching when they are nervous: "let him blow it, man", they say in front of the TV. But Santamaría does not blow it up because Ricardo Gareca's Peruvian national team -in good faith because of Gareca himself- has as its first commandment a neat exit before the divided ball. 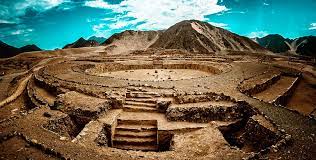 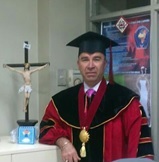 Caral Project: Cultural Capital of Peace in the Americas, an Ancestral Legacy for the World

Tourism Project: Creation of the Institute of Ice Cream 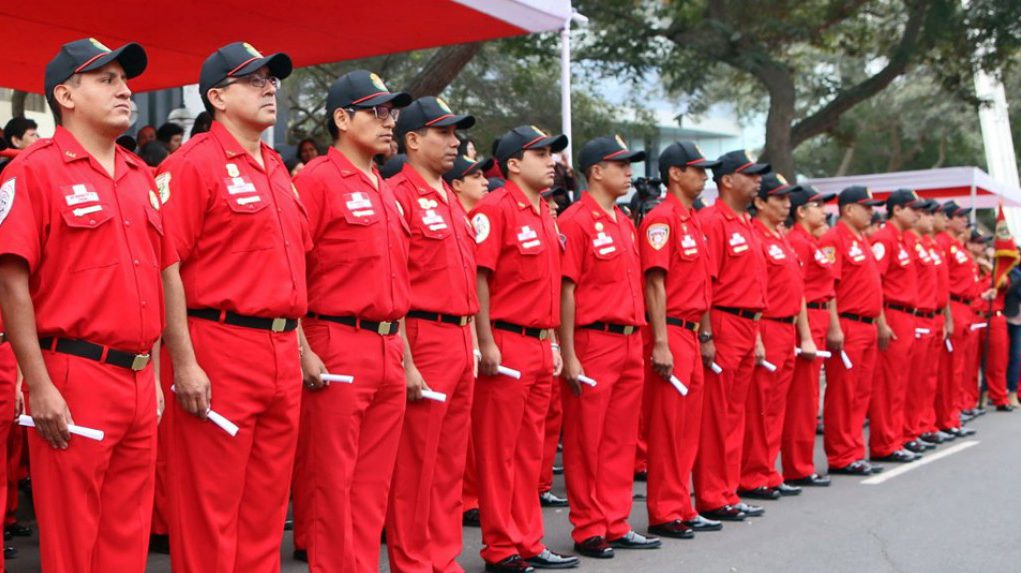 Ecotourism Zones for the Conservation of Avifauna in Cañete 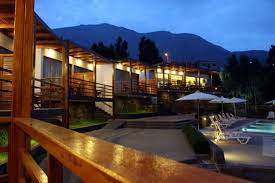 Recreational Tourism Projects in Quality Areas of the Lodges 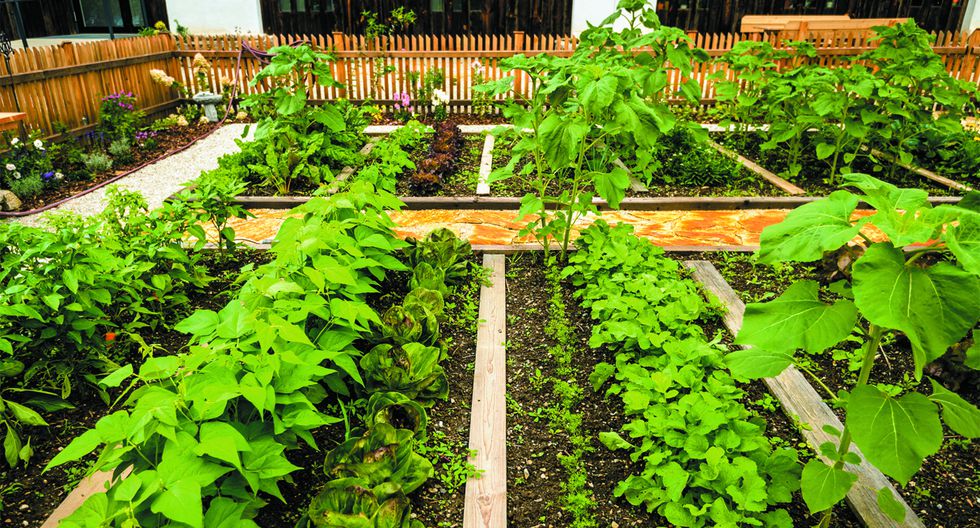 Installation and Implementation of Sustainability of a BioGarden 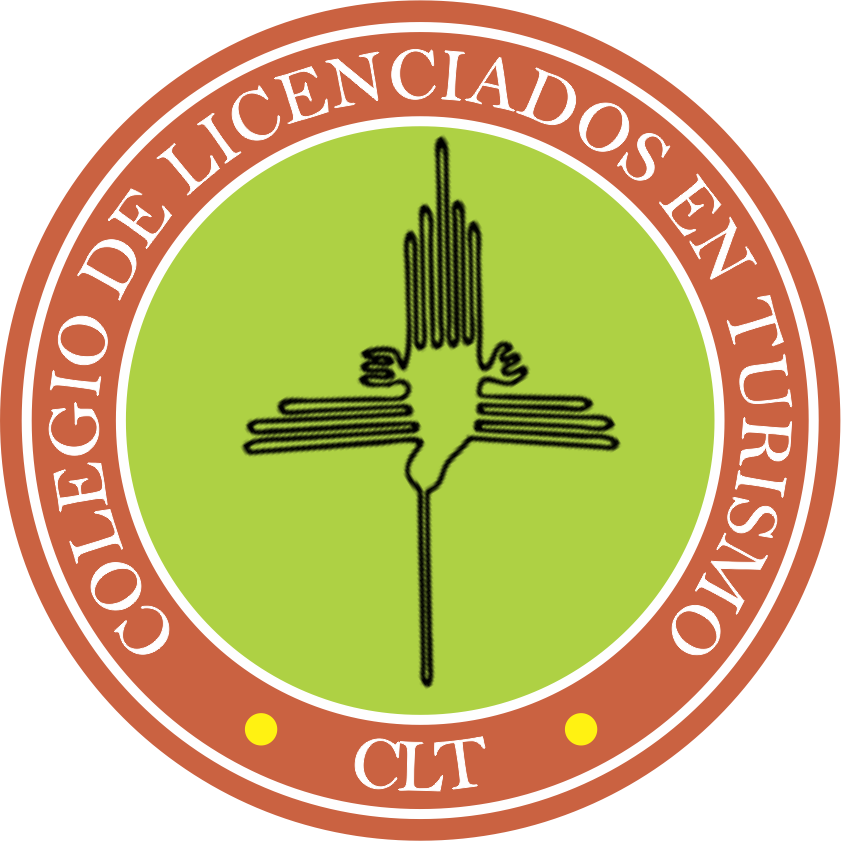 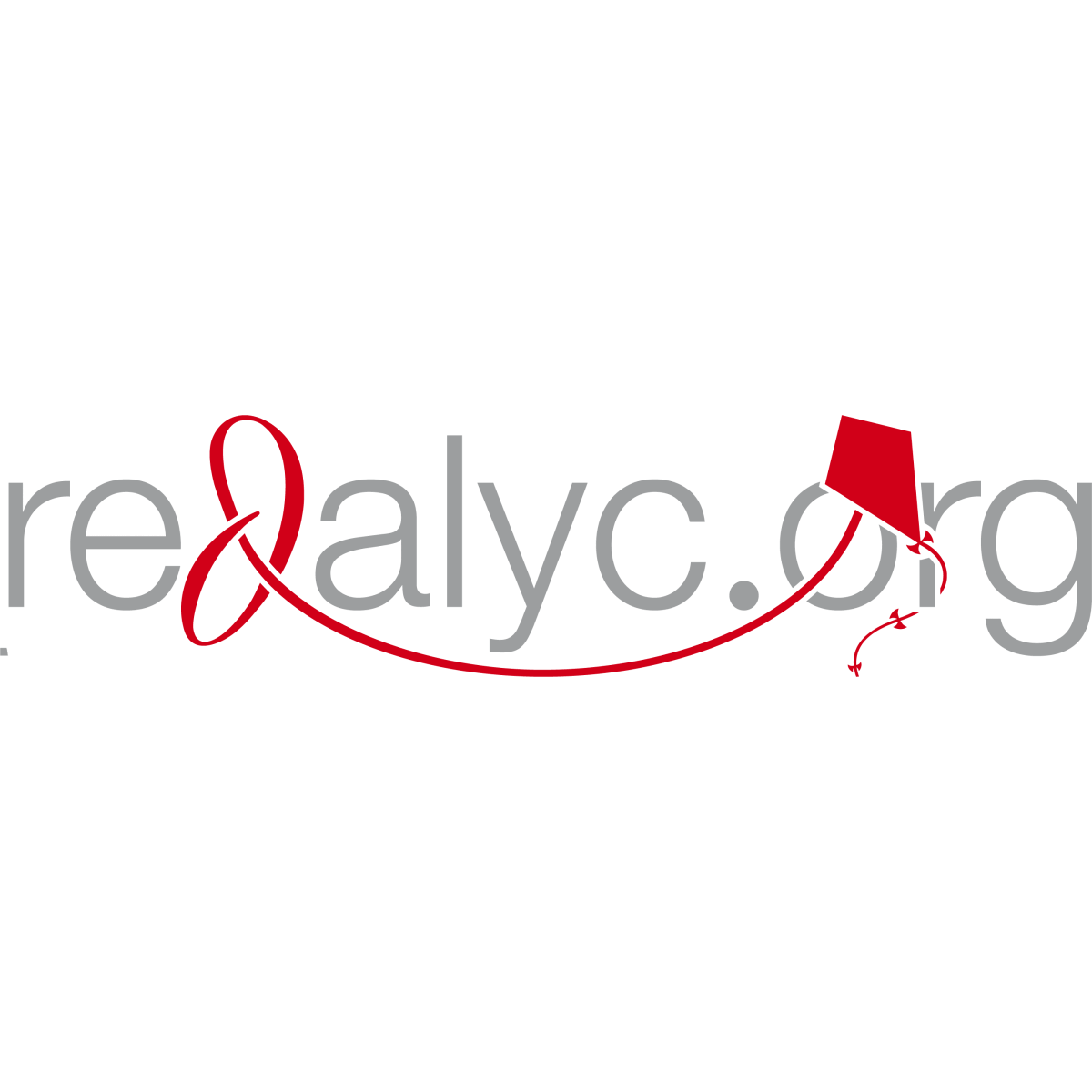